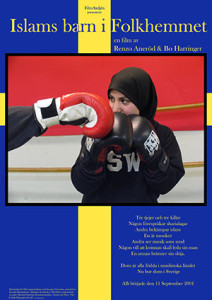 Three boys and three girls. All born in the Middle East now living in Sweden. All with different views of Islam, integration, the World and Sweden.

One is a hip hopper. The other thinks music is a sin. One thinks that the woman must obey her husband. One fights for women’s liberation.

One girl is a boxer. The other is an ordinary worker.

Some are closely followed by the Security Police.

Children of Islam is a documentary about religion, culture, conflicts and looking for an identity in a changing Sweden.

in collaboration with Sveriges Television