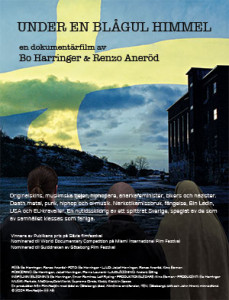 What does a Skinhead think about Sweden?

What has a Biker got in common with a radical Hiphoper?

What´s the difference between an Anarchic Feminist and a Muslim girl?

Are the Nazi youngsters evil?

“Under the dark sky of the nation” is a present day account of a split Sweden reflected by those who society consider dangerous.

The film is 98 minutes, but is also available in a 58 minute version.

Listen to parts of the soundtrack.